A new Maruti Swift recall in India is expected before the end of 2014, or demanded to be more precise by owners that are not too happy with the recent findings of independent crash tests. The Maruti Suzuki Swift, as well as the Datsun Go did not get the kind of results you would be proud to shout about, as they crumpled far worse than any of us would of imaged.

Zero stars in crash test – Both vehicles have failed and earned zero out of five stars and there are now calls for the Indian government to step in and demand a recall, the question is, will there a ever be a Maruti Swift recall in India, or for the Datsun Go come to that? 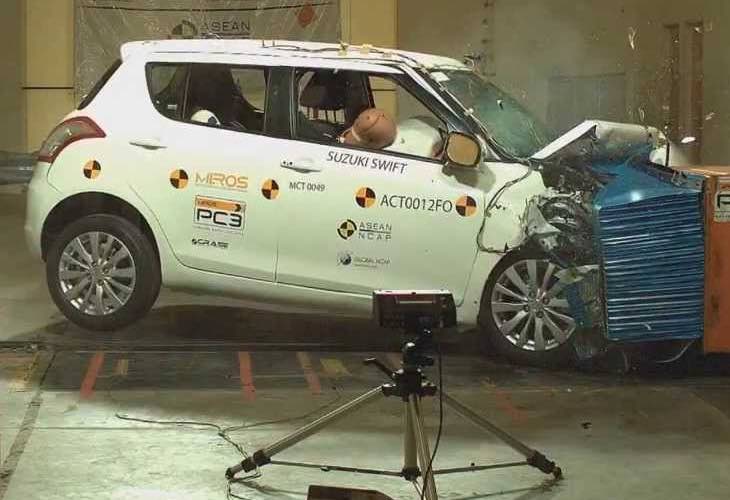 This is a very serious issue, as the results from these tests suggests that they could lead to a serious injury, or worse, a fatality. What makes this even worse is the fact that seeing as though these vehicles are very cheap and aimed for those with a very low budget, airbags are an optional extra, meaning you could be putting your life at risk.

We would just like to say we are in no way offering a judgement, we are just reporting on what the impediment crash testers had found, which can even be seen in a video on NDTV.

There is a fear that this is a prime example of drivers in India shopping for the cheapest and not the safest. We know that some people feel as though this is the only option, and that is fair enough, but not at the risk of others. Having said that, the blame should go to the car manufacturers for not building safe cars in the first place, and the government to make sure they come down hard on the likes of Maruti and Datsun when their vehicles are found to be unsafe.