If you own an Apple device, then chances are you would have heard of the BookBook case series, as it offers protection for your MacBooks and iOS devices. They have now announced a new case called the Rutledge BookBook for the MacBook Air and Pro, including the MacBook Pro with Retina.

It’s been almost three years since the last BookBook product was released, and so this is a huge deal for TwelveSouth. However, it’s been worth the wait because this is one of the most unique cases from the TwelveSouth range.

If there was ever a MacBook case that looked like a leather book, then the BookBook case is surely considered the best because of its authenticity. It looks like one of those old authentic books that you were used to seeing in some of the old movies, like The Time Machine. 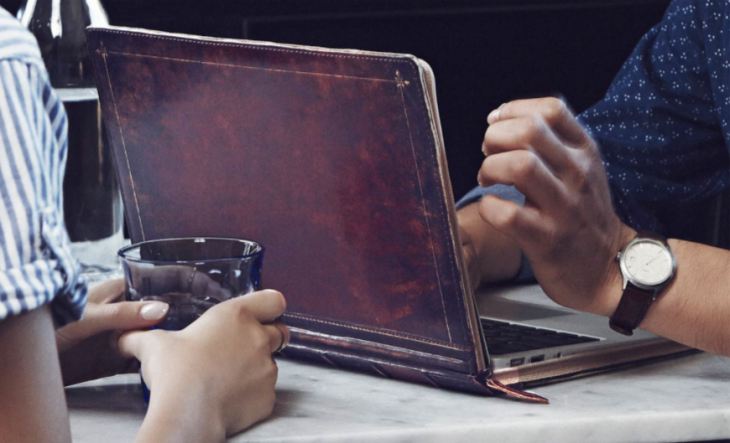 We have seen cases like this before and while they look ok from a distance, it’s not until you get closer that things are not as good as they seem.

This is not the case (excuse the pun) with the Rutledge series because TwelveSouth has created a new process for finishing leather. Colors are added in layers, and then certain parts of them are removed in order to leave the case with that old distressed look.

As a result not one Rutledge MacBook case is the same, which in turn means that you will have a very unique case.

Like we said above, this new range is for all MacBook types and sizes and costs $99. There will be many of you out there who believe that not many people would wish to have a MacBook case like this because it is an acquired taste, along with the fact that $100 seems expensive for what it is, and you would be correct in that assumption.

Where do you stand on the new Rutledge BookBook case?