The new Mac Pro launched in late 2013 and steps up on the old 2010 Mac Pro quite a bit in terms of specs, but when it comes to design the changes are massive. We know a lot of Product Reviews readers own the 2010 Mac Pro and want to see how it compares to the new redesigned version.

Today, we managed to find a video that was uploaded to YouTube within the last 24 hours and looks at the new Mac Pro vs. old Mac Pro over 10 minutes.

The video review can be seen below this article and features both the new Mac Pro and older model side-by-side, so you will gain a lot of insight from a hands-on perspective with both Apple desktops. 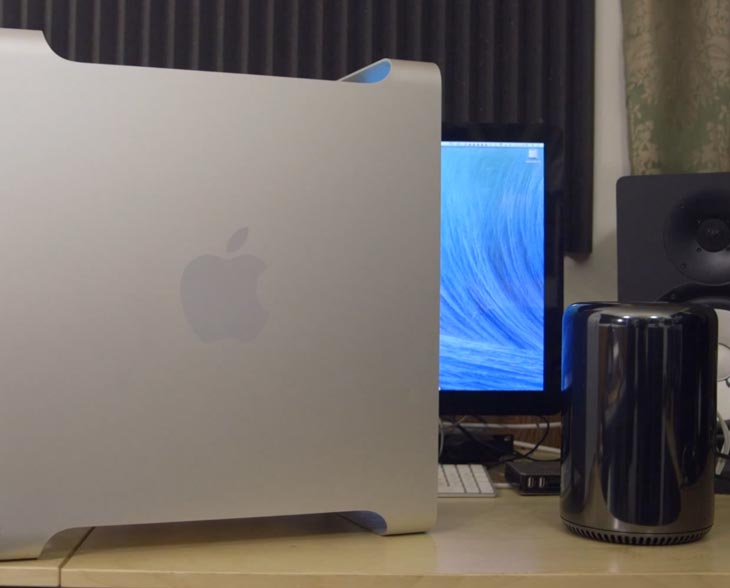 Apple’s old Mac Pro was the standard for a long time in office environments, studios, and for die-hard Mac users. The reviewer starts off with a quick specs comparison, then moves onto differences in design along with how much quieter the new Mac Pro is and also lists benchmark scores from various tests.

How do you think the new Mac Pro compares to the old Mac Pro? If you still own the older 2010 version, will you update soon?

Take a look at the 10-minute new Mac Pro vs. old Mac Pro review below and then share a comment.