So the device that Apple said had been way too long was the Mac mini, and it was certainly nice to see a new one revealed yesterday. However, it was clear to see that the product in need more of an upgrade than anything was the iPod touch, yet the 6G model was MIA, as was the Apple TV 4G. Let’ s try not to be too negative though, as it is truly nice to see a new Mac mini with a much needed hardware update.

It’s a big deal Apple launching a new Mac mini for 2014 as it is their more affordable Mac desktop, and that’s not all because along with the new hardware it has an all-new starting price at just $499. Apple has a habit of making improvements, yet being able to slash prices, although is that a reflection of the huge mark-up they have enjoyed for years? 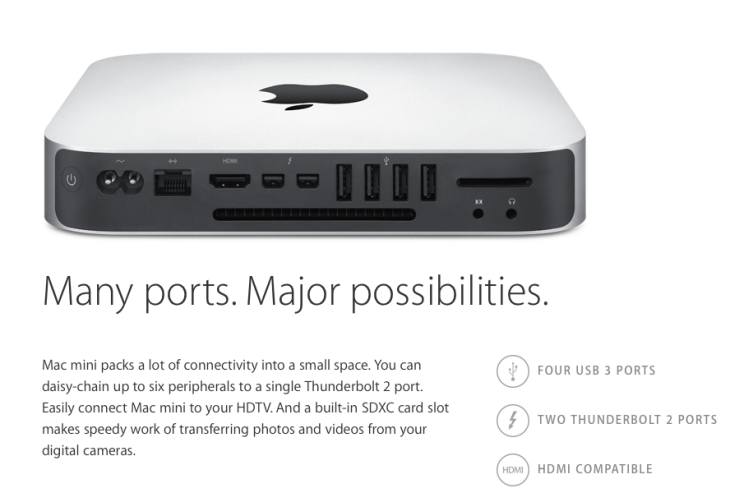 Some people seem confused as they are unhappy that Apple has done away with the quad-core CPU and feel they would be better off looking for an older model Mac mini. Just to set the record straight, that quad-core was based on the old chip architecture and would not be able to compete with the new chips. Even tough these Haswell chips have dual-core, they win hands down in terms of performance.