The Volkswagen Beetle has been a popular car for years, and has gone through a few changes since it was first launched. There was also the famous Dune Buggy, and so only a matter of time before VW deiced to launch a new version of this variant.

Even though the final model has yet to be released, there is still the preproduction model, and we have come across an article that offers a review of this new look VW Beetle Dune.

Looking over the review we do seem a little confused because this is said to be a cabriolet that offers a hint of off-road potential, but there are a few flaws that makes this not too good at going off road. 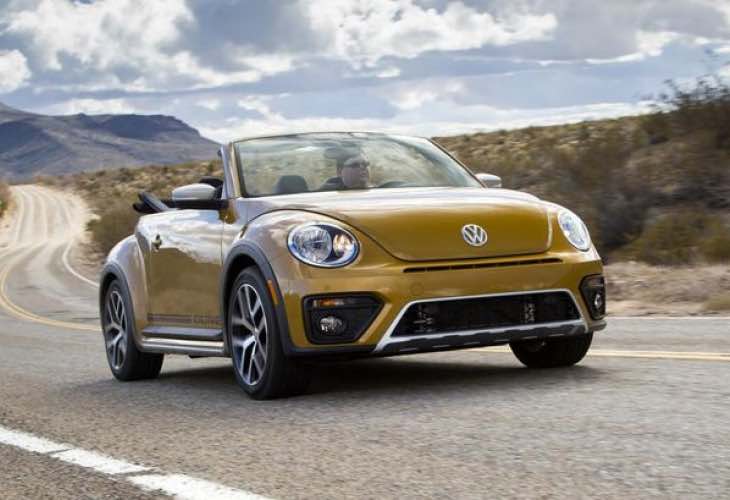 You know this vehicle was designed to go off-road because of its raised ride height, but then again this doesn’t always mean a thing, although its aggressive stance gives you those same signals as well.

We had assumed that there would be changes to the platform and suspension in order to make it an all-terrain vehicle, but this is not the case. The other issue is that it is only front-wheel drive, and so no good if you start to loose traction.

It’s not all bad though, as it still has great presence and will not have any issue competing with the Fiat 500X and MINI Countryman.