If you love to play as Liverpool FC on FIFA 16, then we have some good news for you now with a look at the official new Liverpool FC 2016/17 home kit for next season.

The real design has finally been unveiled after weeks of leaks and speculation. Of course, it’s also the kit which EA will put into FIFA 17 since they have the official license to use all home kits for every club for next season.

Take a look at it close up below, which sports a new red and yellow theme with collarless design and a single button: 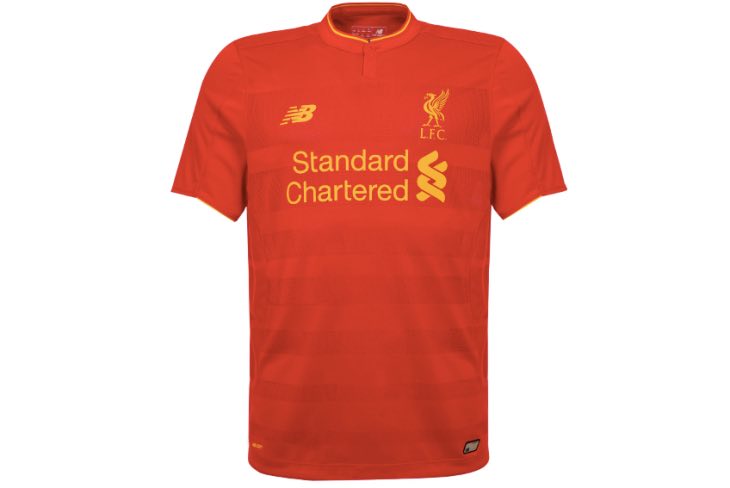 We are still waiting to see the new Liverpool FC 2016/17 away kit on FIFA 17, but this should be a nice heads-up for you. EA should also be putting a brand new Jurgen Klopp manager card in FIFA 17 as well which should make a lot of you happy – it’s still inexcusable that this didn’t come mid-season in FIFA 16 though.

What is your reaction to the kit which we’ll be seeing all over FIFA 17 next season, do you love it or not?