We have all been waiting for Square-Enix to reveal the new Kingdom Hearts 3 trailer from D23 Japan 2015 and now it looks like we are going to get it at last.

The official Kingdom Hearts 3 Twitter page has just announced that the release time for the new KH3 trailer will be on Friday 18th December.

We’re not sure if this is going to be the D23 trailer that was previously exclusive to attendees, but we presume so. 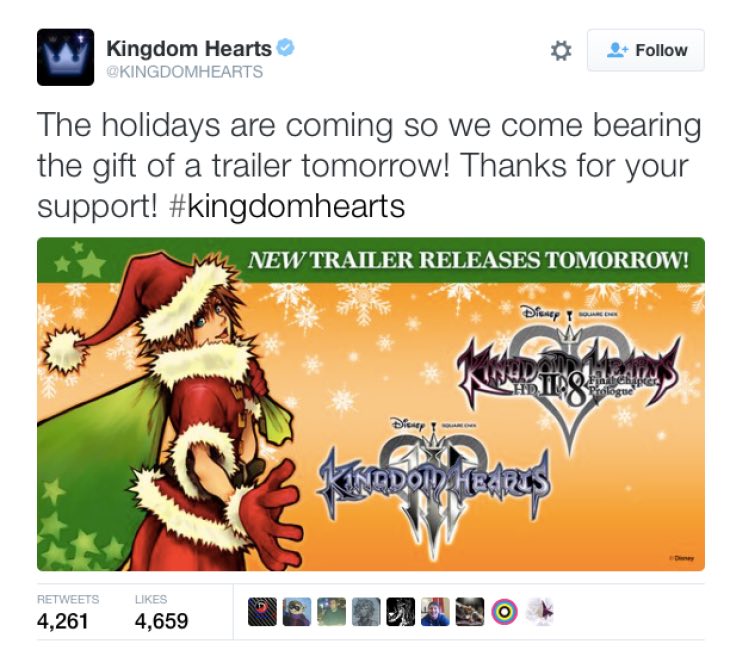 Either way, it’s time to get excited as finally we will have the new Kingdom Hearts 3 official gameplay to show you very soon.

Square-Enix hasn’t given the exact time yet, but you should keep your eyes glued to the Twitter page here as it could go live at any moment.

As soon as the trailer is available, we will embed it below. You’ve had to wait a month to see it, but are you finally ready for another look at Kingdom Hearts 3?

Let us know what you hope to see in the trailer below.