A new Kickstarter project is working on the first ever wetsuit remover tool which assists in taking off the tight rubber equipment. This will end the need for wetsuit removal tips used in the past as the new tool could be the primary method of easily taking the costume off.

The Kickstarter campaign is looking for funding of $30,000 to help get the wetsuit remover tool on to the market, but so far investments have not been good. According to Surf Report, Laura Taylor who has invented the ‘Off ‘n’ Up Wetsuit Removal Tool’ concept has raised just $85 with only 11 days left to go of the project at the time of writing.

kickstarter claim that this is the world’s first patent for a tool which aids the removal of wetsuits, which makes it surprising at how poor the backing has been. Wetsuits are used in sports and water leisure activities such as scuba diving and sailing, quite frankly they can be a real pain to get on and off. The tool is like a grabber which helps you peel the rubber off your body. 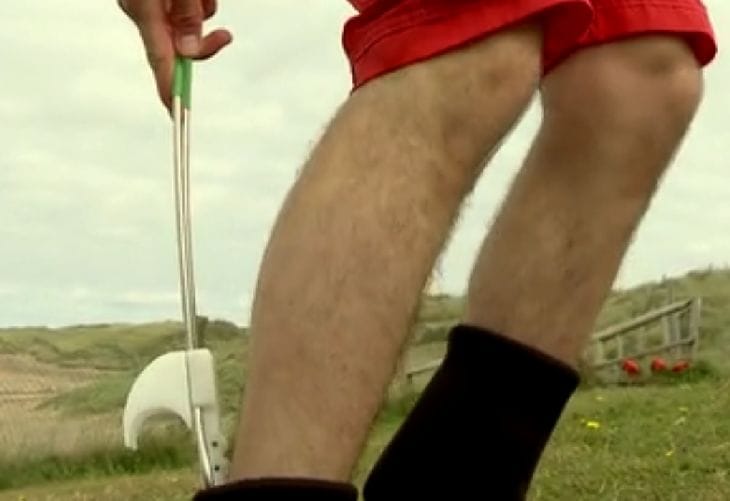 Whilst this accessory will be useful to many people, it is likely a lack of demand for the tool which has been its downfall. There is no doubt that a proportion of surfers and other wetsuit wearers would buy the tool, but equally a lot of people would stick to the old fashioned way and pull it off tediously by hand.

If this wetsuit removal tool is something that interests you and is something you would like to see in mass production, why not donate to the cause on the Kickstarter website and share this article to spread the word around. A lot of the time donations struggle because people do not know about the product, opposed to not liking it or wanting to invest.

Let us know your thoughts on the wetsuit remover tool, is it something you would use to simplify sports and leisure preparation?