At the end of last month we took a closer look at what we could expect to see from iOS 5 OTA updates by using the new Apple iCloud service. Now we could see new iTunes updates for iOS 5 apps using automatic download. It is not a big stretch to see this happen, because if there is in fact OTA updates coming, then there is no reason why this would not become part of the new OS service as well.

It was MacRumors who first leaked the idea of automatically updating apps on your iPhone or other iOS device. The website did not learn of this news from any third-party source but from iTunes themselves. They say that you will not have to sync your device, as this will be done for you if you have “Automatic Download enabled for apps.”

Now the most interesting part of this news is the fact that this does not exist at the moment, so tells us that it could be something that will be announced during WWDC 2011. There is no reason why not either, especially when Apple has said that both iOS 5 and Mac OS X will see a radical change — and this could be classed as one of them changes. 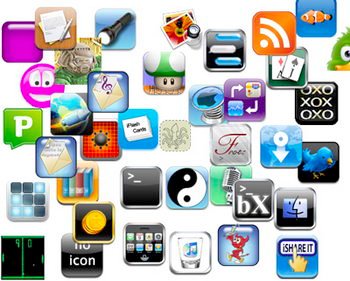 Apps might not be the only thing to receive a new feature like this; there are also rumors that both AirPort Extreme and Time Capsule could get a caching update option. It does look at though iOS 5 will be very different to the current version, and we love the idea that you might not have to see 40 app updates waiting to be downloaded anymore.