There is now a new iPod touch released today, but it isn’t what you think. This is because it is not the iPod touch 6th generation release we have been hoping for, but rather a new model of the current fifth-generation.

When visiting the Apple Store US we can see a new 2014 iPod touch refresh to the 16GB model, which comes with the same 5-megapixel iSight camera as the 32GB and 64GB models. When you visit the UK Apple Store the 16GB iPod touch is out of stock, and so we presume this minor refresh will make it across the pond very soon.

There is a new price as well, as this new variant of the iPod touch now costs $199, and comes in a choice of 6 colors. The previous price was $229, so for $29 less you now get more, something that Apple has a habit of doing. 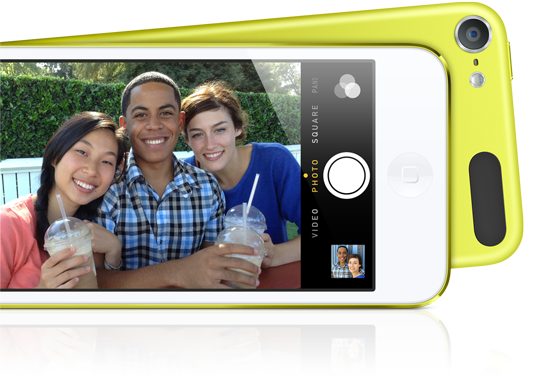 All of the specs remain the same, and so it is just a camera upgrade, although the price cut certainly makes it a worthwhile upgrade.

We do fear that because Apple has made this minor change it could mean we will not see the iPod touch 6G later this year, and so we could be kept waiting until 2015.

Are you pleased with this minor refresh or are you still holding out for the sixth-generation model?