Apple has finally done it and released a new iPod touch for 2015, but before you get too excited the design is the same, which has led to iPod touch 6th generation screen size displeasure from those of you hoping for a larger display in line with the iPhone 6. However, we should not be too upset because its what’s underneath that counts, as the hardware has received a decent revamp.

iPod touch 6th generation Vs 5th gen differences — The first thing that everyone wanted to know right from the start was whether the new model was larger or looked any different to the outgoing model, and we have already covered that above, and it’s already obvious that people feel as though Apple has been a bit lazy on that front. 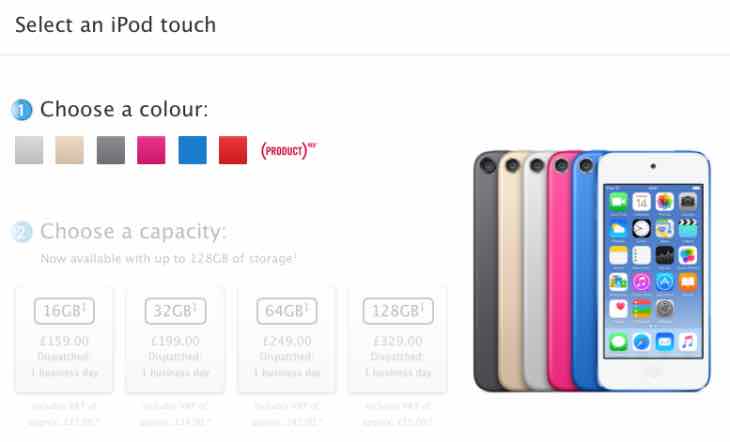 So we know it has the same 4-inch display, but it now comes in more colors, and a spec bump in the camera department. The iPod touch 6G camera is 8-megapixel to the rear and 5-megapixel up front, compared to 5MP and 1.2MP for the 5th gen model.

That is not all, as the new iPod touch will sport some of the same camera modes as the iPhone 6, such as slow motion, so you should expect better photos and videos. The 6th gen model also boasts more performance thanks to its new 64-bit processor and the M8 motion coprocessor, and Apple’s new Metal technology. As always, we do not know how much RAM is hiding inside, but we suspect it will be just 1GB.

There is also a performance increase in the WiFi department, as 802.11 ac compatibility has been added, along with Bluetooth 4.1 tech.

All-in-all this this is a pretty decent upgrade, especially when you take the prices into consideration, which you can view on the Apple Store in the UK and US.

What are your thoughts on the new iPod touch, and are you disappointed that the screen size has stayed the same?