When Apple recently revealed the fourth generation iPod Touch they were keen to promote the FaceTime support and retina display, we are now hearing that hardware within should allow vibration alerts.

This was discovered by two members of iPodTouchFans’ forums, they done some digging around which seems to have pretty much confirmed that the vibration alerts are coming to the new iPod Touch.

Let’s start with the hard evidence, if you check out the iPod Touch 4G’s accessibility page it clearly stated “If somebody wants to start a video call with you, you’ll receive an invitation – along with a vibrating alert”.

If you check the image embedded at the end of this post you will see some of the new iPhone Touch’s internals, I am by no means an expert on electronic components, however I am reliably informed that one component is a vibrating motor (if anyone reading this could confirm that this is a vibrating motor that would be great).

Finally someone who writes for iPodTouchFans spoke directly to Apple, the writer asked “http://www.apple.com/ipodtouch/features/accessibility.html under the ‘video calling with facetime’ it lists vibration as a feature. Is that true?“, and the Apple customer support representative answered “Yes, that is correct- as a notification feature when you get a video call!

To be honest I am pretty much convinced that the iPod Touch 4G will feature this functionality, however I would like to hear official confirmation from Apple.

Do you think vibration alerts will increase the new iPod Touch’s appeal? 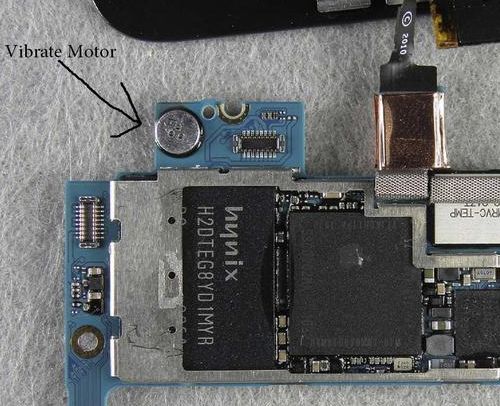