We have some interestings news to report now, as it has been revealed that a couple of alleged iPod Touch 4G cases have shown up in China, right before Apple’s planned media event next month.

As reported from Engadget, the cases have appeared courtesy of Chinese website X-Doria, and show products for both the new iPod Touch 4G, along with cases for a 6th-generation iPod Nano device.

With all the recent news on the 4th-gen iPod Touch, it is safe to presume that Apple are widely expected to announce a refresh to their current iPod Touch, one with iPhone 4 features such as a front-facing camera for Facetime video chats.

Check out a close up images of the stylish cases below and let us know what you think of them. Would you consider buying the new iPod Touch or not? 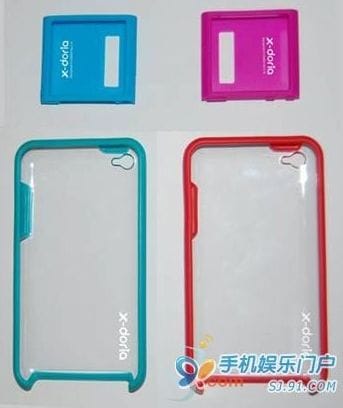