Apple has now made their latest worst kept secret official, with the iPhone SE price in USA now confirmed. The new iPhone SE is going to be a 4-inch model and now we know how much you’ll need to pay for one.

It’s actually going to be introduced at a very reasonable price compared to what we have seen for other new entries.

With Apple taking the somewhat unusual route by downgrading in size, we can confirm that the iPhone SE price in US starts at $399 for a 16GB model (£359 confirmed in the UK). 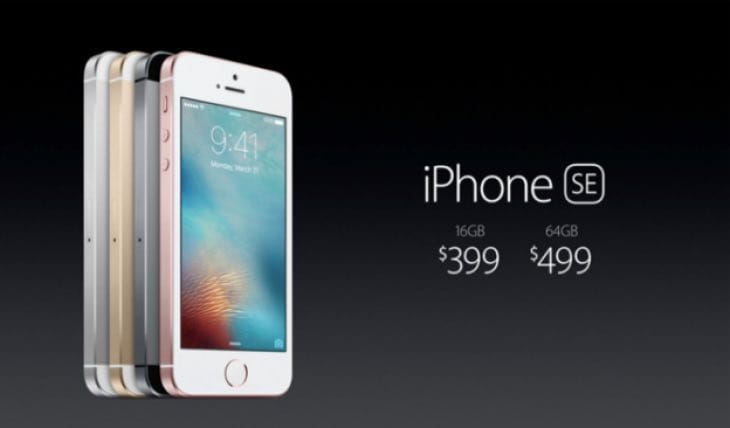 If you want to buy the iPhone SE 64GB model you’ll need to pay $499 for it – although Apple are also giving an option to pay by monthly installments starting at $17.

NOW CONFIRMED AS SAID PRICES – The iPhone SE price in UK has not been confirmed yet, but we expect this to be £359 for a 16GB model and £439 for a 64GB model – we shall confirm this after the event is over and the details are official at the Apple UK store.

We’ll get into features soon, but what are your thoughts for the price – better than expected or still too high for you to consider to drop back to 4-inches?

Give us your thoughts on the new iPhone SE and if you will buy one – pre-orders start on March 24!