Hearing that you’ll have to wait for the new iPhone emojis released with Unicode 7 might have surprised some people, although you don’t need to wait until iOS 8, or more like 8.1, for some new text message icons thanks to 3rd party apps. One of these is listed on iTunes as “imojiapp”, which will allow you to create new iPhone emoji from custom pictures on your device.

The Imoji app has just received an update this week as well that takes the iPhone version to 1.0.7. This update mainly focuses on bug fixes, although you’ll also find new “Helper Flows” to make the experience easier for new users.

In a nutshell, Imoji will allow users to create new iPhone stickers / emoji from favorite celebrities, animals, selfies, and more for yourself and even others if you share them. There’s a trending feature as well, so you’ll not need to create anything if you don’t want to and this allows you to select from trending emojis created by others. 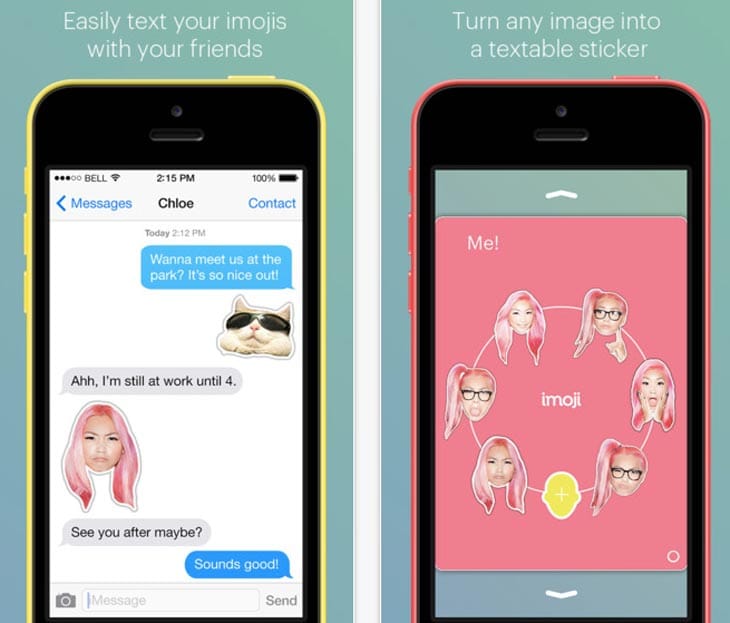 If you can create new iPhone emoji to send within your text messages, what would you create and use most? The Imoji app acts like an add-on to Apple’s iMessage platform, rather than trying to create a totally new message app. Sometimes it’s easier to plug-in to a popular message app rather than create your own, and this could also bring a lot more success as well if there’s a massive user base like with iMessage and WhatsApp.

There’s editing tools within the Imoji app, so you can crop, zoom, and finish your creation by cutting it to make the sticker look like a authentic brand new iPhone emoji. Like everything, practice helps towards perfection and this is what you’d need to do for the best looking icons.

We’ve included the official Imoji video below, which comes with the message “making your texts more you” and they’re spot on considering previous limitations.