A father of four sought the advice from his family in what the average person would want in an iPhone game. He then came up with the arcade game Mad Monkey 1.0, which is available for owners of the iPhone, iPad, and iPod Touch.

Developer Shawn Hitchcock was initially inspired by his wife, who wanted a game that had similar game play to one she had as a child on her old Atari 2600. After the first stages of the game were completed his children helped with the looks and debugging. This resulted in a simple but great iPhone game for the iTunes Store.

The game has a little cartoon monkey, which has a mischievous smile on his face as he slides across the top of the screen throwing down objects. This is where the user comes in as they have to try and catch the items using only a finger. 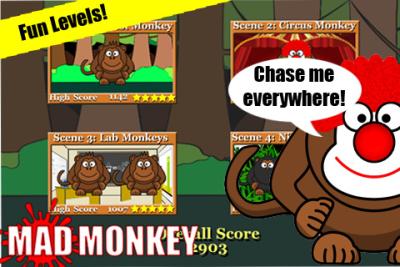 Each level of the game has different themes including a science lab with two cloned monkeys, circus with a clown monkey, a picnic crashing monkey throwing fruit, and much more. If you catch too many objects the monkey will get frustrated and spout funny little sayings. He will then start throwing things faster and faster until the user misses and objects splat across the screen, and then monkey will be happier again. 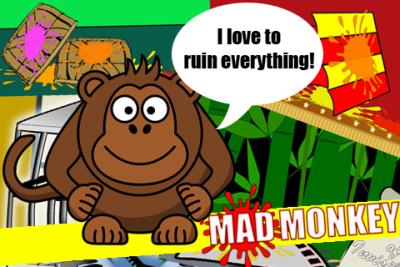