Ever since Apple revealed its new phones people have already been searching for new iPhone 6S and 6S Plus cases, and we have already seen several of them teased. However, you will be pleased to know that you can now order your new OtterBox cases to fit these new models.

You might have assumed that because they look the same on the outside that the current models would fit, but this is not the case. This is because the new iPhones are slightly thicker due to the 3D Touch technology, and so new cases had to be made. 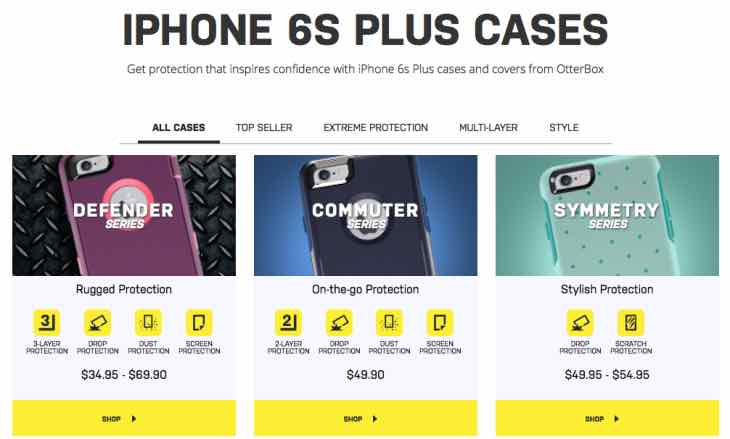 There are currently 6 iPhone 6S Otterbox cases and covers, and just 3 for the iPhone 6 Plus. For the former you have the Defender, Commuter, Symmerty, MySymmetry, Commuter Wallet and the Strada Series.

As for the iPhone 6S Plus Otterbox range, these are the Defender, Commuter, Symmerty for now.

Each case comes in a selection of different colors, which you can see by heading to the OtterBox website. As for pricing, expect to pay from $29.95 to $69.90.

If you are not too certain how much protection these cases offer, then just so you know they have each undergone 24 or more tests that lasted for over 238 hours.