A few days ago we brought you exciting rumors about the possibility of an iPhone ‘4S’ handset releasing this year, but now we switch back to iPhone 5 rumors, as a new image has surfaced from China, appearing to show a brand new design for Apple’s elusive handset.

The image has been uploaded to AliBaba.com, which is a business trading website known to have revealed previous leaks on Apple hardware in the past before Apple announce it officially.

Take a look at the image below first: 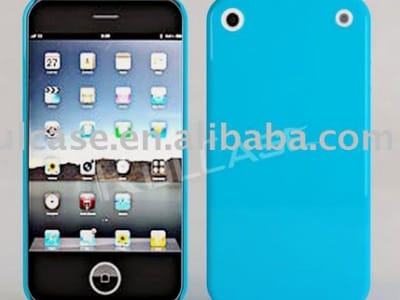 As you can see, it shows an iPhone device with an edge-to-edge display screen unlike the iPhone 4, while on the back of the device, you can see that the flash sensor has been moved to the top right hand side, compared to side by side with the rear camera sensor as featured on the iPhone 4.

Although this picture could easily be a fake, the rumors are now starting to mount up on a new iPhone device with a much bigger display screen so that almost seems like a forgone conclusion now. Aside from the areas mentioned above, there doesn’t appear to be any more changes to the iPhone 5 based on this picture, again backing up strong rumors that Apple’s next iPhone will be a minor revision of the iPhone 4.

What are your thoughts on this picture – do you think it is genuine or a fake? Would you like an iPhone 5 with an edge-to-edge display screen, or do you prefer the current size?