You’ve heard some of the more familiar features of the upcoming iPhone 5 within iOS 6 in the last few weeks, but one new feature thought to be coming is gaining considerable interest this week. Apple are thought to be enhancing their current AirPlay experience to consumers and we could see the debut of AirPlay Direct when Apple takes to the stage on September 12 to announce their next iPhone.

We are really excited to see how turn-by-turn navigation within Siri on iOS 6 is going to turn out, but music lovers could be in for a real treat with AirPlay Direct if reports turn out to be true.

At the moment, Apple allows for musical streaming around the house or any other location via a WiFi connection link between iOS devices and compatible musical equipment such as speaker docks and HiFi systems. AirPlay mirroring of apps was also a very impressive feature of iOS 5, but Apple are looking to raise the stakes with AirPlay Direct, which apparently doesn’t require a wireless connection to operate.

How is this going to be possible you ask? Well, Apple may be building their iPhone 5 in a way in which users will be able to set up a personal ad-hoc network, specifically for their musical streaming requirements when in the house or out on the go. The way it has been envisioned is that an iPhone 5 running iOS 6 will be able to stream music with another iPhone 5 or AirPlay Direct peripheral, solely via personal networks that will not require a WiFi connection and thus eliminating the need for Bluetooth further. 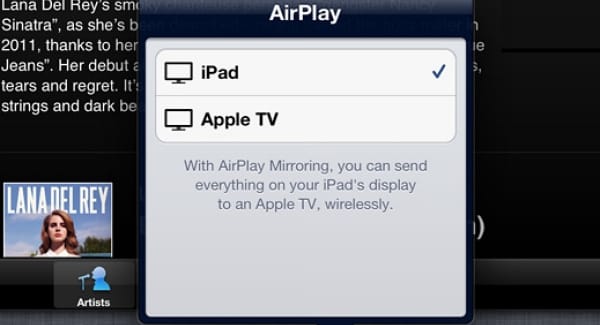 It has been made clear from the start that Apple are not really keen on the use of Bluetooth to share media between a user’s device back and forth. While you can easily send a music file or picture via Bluetooth on Android in an instant, Apple doesn’t allow this for obvious reasons, although through the use of iMessage you can now easily send pictures to another iOS user free of charge.

With AirPlay Direct offering free music streaming without the need for wires, is this another indication that Apple are planning to make bluetooth on the iPhone obsolete? How many of you actually have a use for bluetooth on the iPhone 4/ 4S at the moment, because to us it seems pretty useless when not using it for in-car purposes.

Are you happy that Apple is dedicating more time to improving the AirPlay functionality for the iPhone 5, or would you like to see other areas addressed as a priority first?