Apple has let the iPhone 4S release date for Japan slip, and can be seen by all when you visit the Japanese website. The official site has posted “iPhone 4S appeared” under the heading “Featured Store Events”. This is obviously after a little bit of translation.

One thing that did not get mixed up after translating was the release date, which clearly states “October 14, from 8:00 am to launch the Apple Store”. And then explains that you can visit the store in Japan to choose the rate plan and carrier for you.

This news comes shortly after the Apple Store went down in the UK and United States, and the live Apple keynote is yet to begin, with another 10 minutes still before the live blogs start reporting. The images are still not showing, although some people have managed to change the URLs to “iPhone4S” and that apparently showed the same design, although we’d like to point out that these are most probably placeholder images.

So there you have it, we will be getting an iPhone 4S as confirmed by Apple’s Japan website. Now we need to know if there will be another model, and if the U.S., UK and other countries get the same October 14 release date.

Update: The image has since left Apple’s website in Japan, but you can see a screenshot below that was taken before that happened. 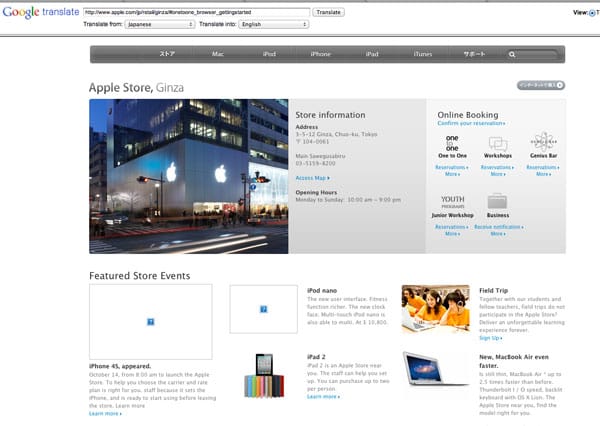