Some interesting news to report to you now, as it has been revealed that some iPhone 4G cases are already available to buy in China. The cases have been designed with exactly the same dimensions seen in the recent prototype leaks.

As reported from Apple Insider, the cases can be seen with the same rounded edges that we now know will be seen in the next edition of the iPhone device this Summer.

Aside from the rounded edges, the cases also feature slots for the two buttons on the side of the device. Either the Chinese company responsible know something that we don’t, or they are pretty confident that Apple will maintain the same design seen in the leaked prototype for the final release.

Take a look at the iPhone 4G cases below, and let us know your thoughts on them. Would you buy one of these? 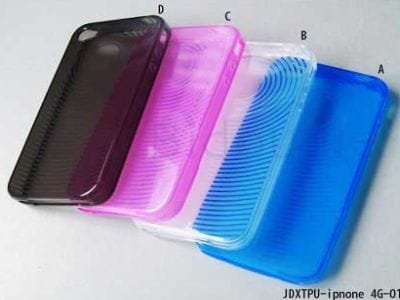