Believe it or not, there is still a little time left to get your Christmas gift online before it is too late, but that deadline is fast approaching. If you are not that organized and are still contemplating the new iPad Air, but would just like to know what the differences are between the new iPad and the outgoing iPad 4, then look no further.

Below you will see three videos that demonstrate the speed differences of the 4th and 5th generation Apple iPad’s, as well as look over their specs and how they compare in terms of weight and the biggest changes.

The biggest change is the size of the new iPad Air, as you can clearly see that it is slightly smaller in size, thinner and more importantly, lighter. 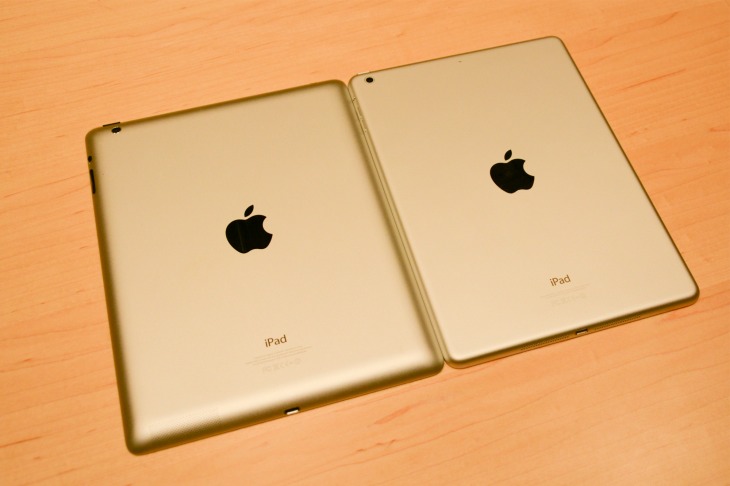 There is also a change to the processor, which was always going to happen. The iPad Air makes use of the Apple A7 processor, instead of the A6X, but it is the use of a 64-bit graphic chip that will please mobile gamers the most. When it comes to weight, the iPad 4 Wi-Fi only model weighs 650g and the W-Fi and 3G 660g, compared to the iPad Air that weighs 469g and 478g respectively.

In the first video below it is basically a speed test between the iPad Air and iPad 4 just to see how they compare. However, the second video goes into something a little more specific, and that is a gaming and graphics performance speed test. We know that there are far more powerful tablets out there, but as we have learned over the years with American muscle cars, it’s not all about the engine but other components to.

The final video looks at the evolution of the iPad over the years, and so you will see how the new iPad Air compares to the iPad 1, 2, 3 and 4.

Now that you have looked at all three videos, what is it about the iPad Air that stands out to you the most?