When Apple first launched their popular iPad tablet PC back in the spring of last year, most people were impressed by its features. However, there appeared to be one specific feature that was left off the first generation iPad, and that was a front-facing camera.

Although the features — which can be seen over on the apple.com website — did include a Mail app that comes with a split-screen view and unified inbox amongst other things, a 9.7-inch high-resolution screen that’s ideal for watching movies and TV shows, and multitasking.

If you were one of the people that would have preferred a front-facing camera on the Apple iPad, then you may just be in luck. As Jamie Pert previously noted, there have been rumors surfacing online, which have suggested that Apple have upgraded their iPad in 2011 with a camera. 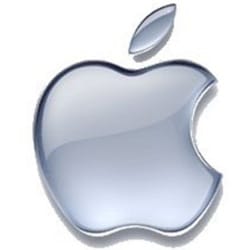 In fact, the rumors have gone as far as suggesting that the 2nd generation iPad will not only come with a front-facing camera, but possibly a rear one too. The front and rear cameras aren’t the only rumored features for the iPad 2 either, as Peter Chubb reports here.

Other features that have been rumored include a lighter weight, a thinner display, a USB port and 3-axis gyroscope. If the new iPad in 2011 came with a camera, would that be the killer feature to make you want to buy or it upgrade? If not, what other feature would tempt you?