We have been keeping you up to date with all the rumors surrounding the Apple iPad 2 by telling you the news as it happens. Back in September we heard that the release date could be before Christmas, however at this point in time, we can wipe that scenario out.

November saw PR’s Peter Chubb reporting on the 5 new features that the next generation iPad should include. These features are a USB port, a thinner display, a 3-axis gyroscope, a front facing camera and for it to be lighter in weight.

We have since had a hint at confirmation of a rear facing camera by the cases that have been made. If you have a look in the top corner of the case, there is a circular hole, which would allow the camera to work whilst in the case. 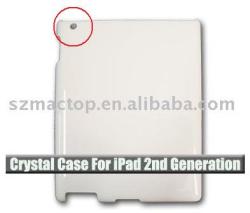 There have been many questionable images of devices appearing with outrageous claims to being the next iPad. We even saw one recently claiming to be the iPad Mini with a 7” screen. Many of our readers have already brandished the image as fake. 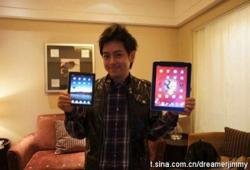 More recently we have heard further rumored release dates, and there is now speculation that it will be released in April 2011, what do you think? Is that a more accurate date for the iPad 2?

Apple will be facing a lot of competition when they do eventually release the iPad 2, from Android based devices amongst others. We are expecting to hear more about different devices at the CES 2011 event.

The 1st generation of iPad was revealed towards the end of January 2010 and later released in April. If Apple follows their own traditions shown with the iPhone of releasing on an annual basis then, we could expect an official Apple announcement for the iPad 2 within just a matter of weeks.

For you to get an iPad 2, what are the ‘must haves’? Let us know your thoughts on the iPad 2 in the comments below.