When it comes to the Apple iPad 2 there are two things that we hope to see, a price cut and better features. However, reality tells us that we are dreaming and we will not see both. So given the choice of the two, which would you rather have? Personally I would pick better features and pay a slight premium. What’s the point of having a new Apple tablet device if you are not going to make a few steps forward in technology?

Looking at the spec side of things, it is a certainty that Steve Jobs will announce a spec bump, although what they will be is anyone’s guess. However, this has not stopped a number of technology websites from speculating what these will be. As always we cannot guarantee if the new 2011 iPad will pack any of these features. 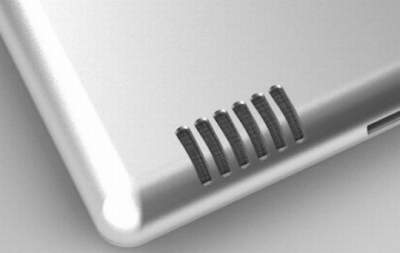 It is almost a certainty that the iPad 2 will come with not one but two cameras, and according to a number of different websites a dual-core processor. A recent article that we covered seems to confirm that, as what was said to be a mock-up of the new device was seen at CES 2011 with air vents at the rear. There is also speculation that there will no longer be a home button, but how true this is we have no way of knowing.

It is more than likely that the next-generation Apple tablet will also get an improved display — but do not expect any 3D technology just yet. The most recent news from Engadget suggest that the iPad 2 will get a feature like the 2010 MacBook Air got, an SD card slot.

It’s all well and good getting these new features, but are you prepared to pay the extra. We cannot see Apple putting the cost up too much, but a price hike is inevitable. How much would you be prepared to pay? Could Apple price themselves out of the market?