The new Injustice Gods Among Us iOS characters are just the start of new features in v2.0, although this is certainly what most gamers like to know about first when downloading the app for the first time or upgrading from a previous version. Other features include leaderboards, online battles, and the ability to watch previous battles with match replays.

Today, we wanted to feature a long video that takes a closer look at the new Injustice iOS characters with gameplay, and a lot of insight into the features found in version 2.0 on iTunes. You can find this hands-on video below this article, so take a look to learn more about the update. 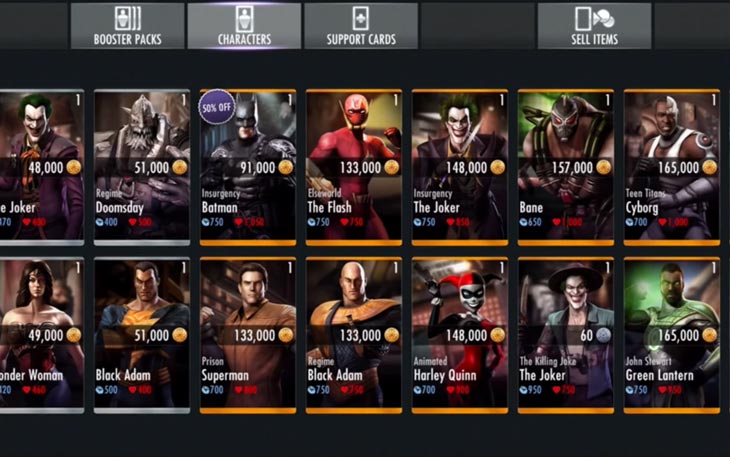 In a nutshell, the new Injustice iOS characters include Krypto Lex Luthor, Arrow, New 52 Nightwing, Animated Harley Quinn, Green Lantern Sinestro, Batman Returns Catwoman, and Shazam. Watch the video below, then get playing to challenge top leaderboard scores and other players on iPhone and iPad.

Do you like the new additions to the game and if so, what characters would you like to see next?

We should point out that the latest version has over 11,000 ratings on iTunes at 4 stars, a drop of half a star, so still pretty good considering the amount of people playing Injustice: Gods Among Us.

Injustice: Gods Among Us