Production of the Infiniti Q30 has now started at the new facility in Sunderland, UK, with the first model already rolling off the assembly line. This has been a long process getting to this stage, as it has taken an investment of £250 million by the carmaker, and as a result created 300 jobs, which is a great boast for Sunderland.

Production of the QX30 will happen in 2016 at the same production facility, although we are not certain if more jobs will need to be created to meet with demand of increased production.

Having said that, Infiniti did say that they have created more than a thousand jobs in the UK in total through the automotive industry. We are told that a number of skilled craftspeople have been employed to ensure a high degree of quality for each people, something that Infiniti require, and their customers expect. 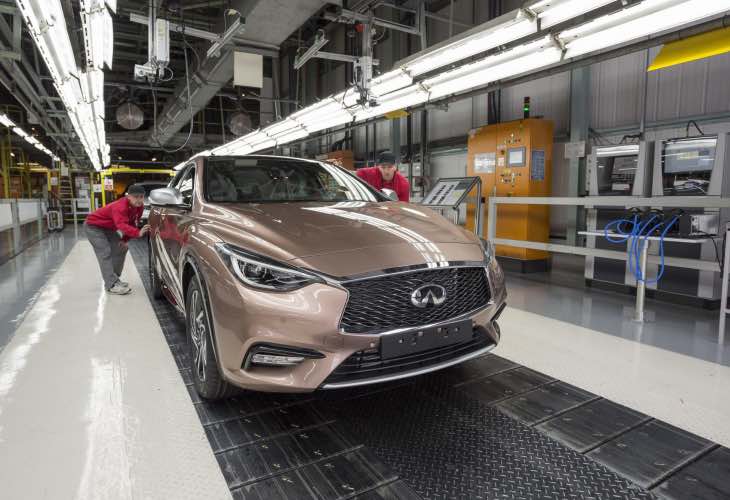 This means that no two Q30 is exactly the same, as they will be tailored for individuality right down to its trim.

If you are thinking of ordering a Q30, then you can rest assured that you will be in a very safe place, as it was recently awarded a five-star Euro NCAP rating.

Full details of this premium active crossover can be found on this Infiniti press page.