We know many of you have been waiting for a Minigun to come out for Infinite Warfare, and now it looks like it is going to be a reality.

Check out the leaked image below, taken from the game files which show that the Infinite Warfare weapon “LMG_MINILMG” has been revealed along with a picture of its in-game model. 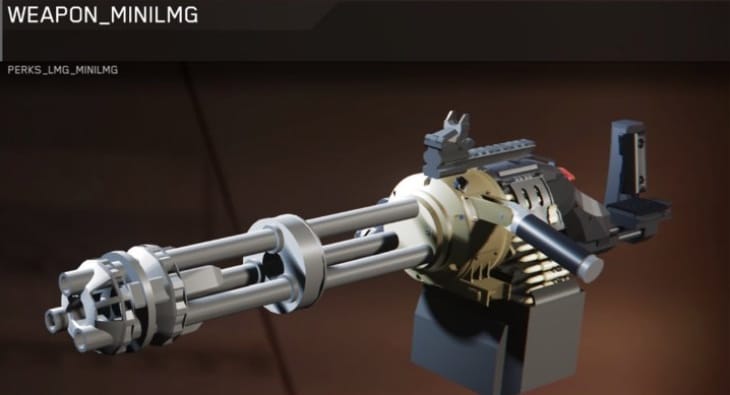 We think you’ll agree with us in saying that this looks like something out of Arnold Schwarzenegger’s Predator and that it looks incredible.

There will be some players who naturally assume that the Minigun in IW would be overpowered. Hopefully Infinity Ward get the balance just right though and it will be something that makes everyone happy once you unlock it.

We also wonder if these new weapons have anything to do with the QR-M5TR Cipher menu that was released in the latest update – time will tell!

What are your thoughts on the Minigun? We’d love to hear them below.