Even though Apple did not make any new hardware announcements during WWDC on Monday, it was still a very good event in way of the new advancement to their four platforms. We pretty much new that there would not be any new product launches, but it’s from now until September and October that the rumor mill will now start moving in to an even higher gear.

We have heard so much about the next MacBook Pro update and its rumored OLED display touch bar, which we still have a feeling will happen, although not until October. Well, it now seems that the new iMac 2016 upgrade will also get a similar OLED touch screen support – albeit in a different way.

New concept images have been doing the rounds and shows the same OLED display touch bar found in the MacBook Pro rumors, but will be integrated onto Apple’s wireless keyboard instead. If this is in fact true, then it would also work with older iMac, Mac Mini and Mac Pro models as well. 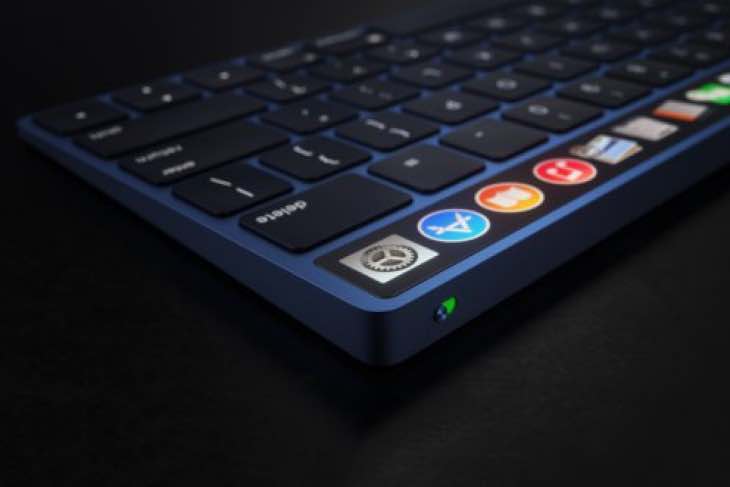 Having said that, it’s not certain if there will be any minimum hardware required, or if it will need to be running macOS Sierra, which we suspect will either be released right at the end of September or early October?

Whatever way you look at it, this would give the wireless keyboard from Apple a much needed upgrade seeing as though it has remained the same in terms of design and feature for several years now. It might still look better and slicker than many of its rivals, but if the updated model was to look anything like this concept, then it will blow Mac user’s minds.

The OLED touch bar will display all the usual FN functions, but will also be able to display media transport controls, such as the macOS dock icons from Apple or even third-party ones such as YouTube, Word etc.