We haven’t heard too many details about the rumored HTC Incredible HD for a while, but a new image that has appeared online has hinted that a release this year may well and truly be back on the cards.

As reported from BGR, some new images of an unnamed, previously unleaked HTC device have found their way onto a Chinese forum, and the phone appears to look like a combination of an Apple iPhone and a Motorola Droid.

We’re not kidding you either. If you look carefully at the picture below, you’ll see a silver trim around the device, which is very iPhone 4 like, and the back cover of the phone looks exactly like what you’d see on the HTC Droid Incredible, leading us to believe that this may be a possible successor to the popular device on Verizon. 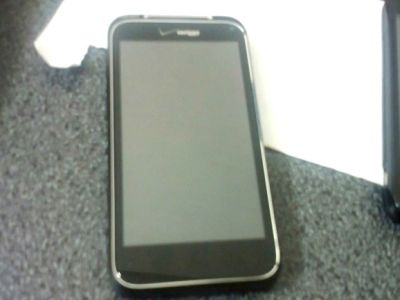 We hope that’s the case, as you’d agree the Droid Incredible is somewhat outdated now with all the upcoming phones coming out, with more presumably on the way to MWC 2011. The picture also appears to suggest that this phone may not come with any physical buttons, but they may just be hidden and unlit – we’ll try to clear this up for you soon.

If this device comes with a nice screen and a dual-core processor, consider us very interested. Let us know your thoughts on the handset. It looks nice doesn’t it?