If you ask the GTA community what day Tuesday November 11 is, most will turn around to you and say that it is the time for a new GTA V update today. Rockstar hasn’t given out any hints whatsoever though during their next-gen trailer reveal, but we are still expecting some activity considering it’s Veteran’s Day 2014 today.

We just told you hours ago that Rockstar had unleashed the GTA V launch trailer for PS4 and Xbox One. We also told you at the same time that we didn’t hear anything about Heists – the feature that has been in development for over a year.

Moving away from Heists though, players are expecting Rockstar to celebrate Veteran’s Day with some new GTA V DLC that will go live sometime on Tuesday. This could involve some brand new patriotic themed vehicles and weapons, or if Rockstar wants to go down the simple route – just some new clothes to wear for Veteran’s Day. 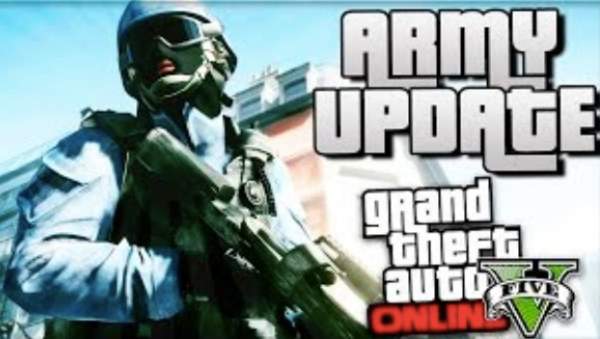 Basically put, something from Rockstar would be better than nothing. After all, Rockstar produced a shock when they decided against releasing Halloween DLC for GTA V.

After all the rumors regarding zombies and aliens in GTA V, we didn’t have any new content to play during the event which was disappointing. Rockstar can well and truly make up for that though with a GTA V 1.18 update today for Veteran’s Day.

Are you also expecting some movement from Rockstar today with regards to GTA V Army DLC? Let us know if you think we will see an update in the coming hours, or if you think Rockstar will disappoint again.