While GTA V players continue to ask questions on why Rockstar hasn’t released a single piece of GTA V story mode DLC for the game yet, we have some new rumors to tell you about what Rockstar could be planning to bring.

After two big expansions for GTA IV, we are surprised that it is taking so long for the same treatment for the latest game.

We fully expect the content to be amazing when it does arrive, but ask anyone if you thought that it would be almost one year and a half without story DLC since launch and they wouldn’t believe you. 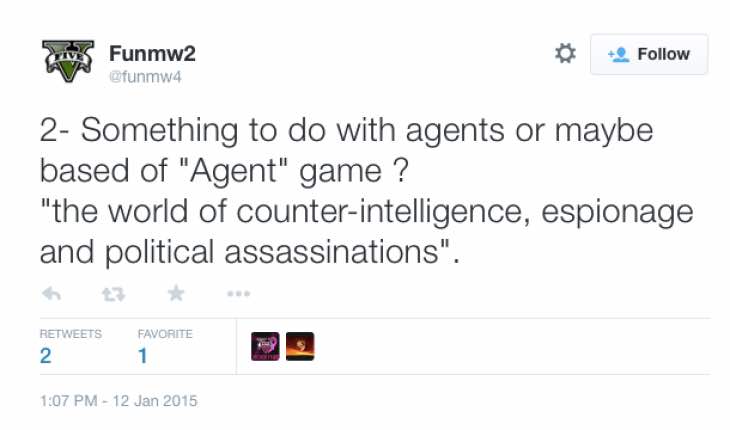 As we again play Rockstar’s waiting game, some interesting rumors have appeared over on Twitter, which we thought you may be interested in hearing about.

It has been discovered that new code has been found in the game, relating to something known as “main_AGT”. While nobody knows for sure what this means, speculation has already started on social media, that Rockstar could be planning to bring some ‘Assassination’ type missions to single-player.

If true, it is interesting as remember that Rockstar are also thought to be in development of Agent – a “counter-intelligence, espionage and political assassinations” game that could end up as a PS4 exclusive after initially being announced as a PS3 exclusive.

We agree that details are very slim on this rumor so you may want to take this information with a pinch of salt. As we’re now in 2015 though, we think that questions need to be asked on the status of DLC and when Rockstar will finally deliver.

We’re presuming that GTA V story-mode DLC will release next after Heists. Would you like the theme to be assassination type missions? Give us your thoughts and ideas on this below.