The new Grand Theft Auto V update is crashing and freezing Xbox 360 consoles, according to multiple users leaving feedback on Twitter. The June 8, GTA V 1.11 update has only just gone live, so these problems are being reported just minutes ago and are growing in numbers.

One Xbox 360 owner said, “Every time I go to load GTA V Story Mode or Online, the game freezes on Xbox 360”. Another added, “Is there a bug with the new update as every time me and my crew try and go on gta V our xbox 360’s crash”. 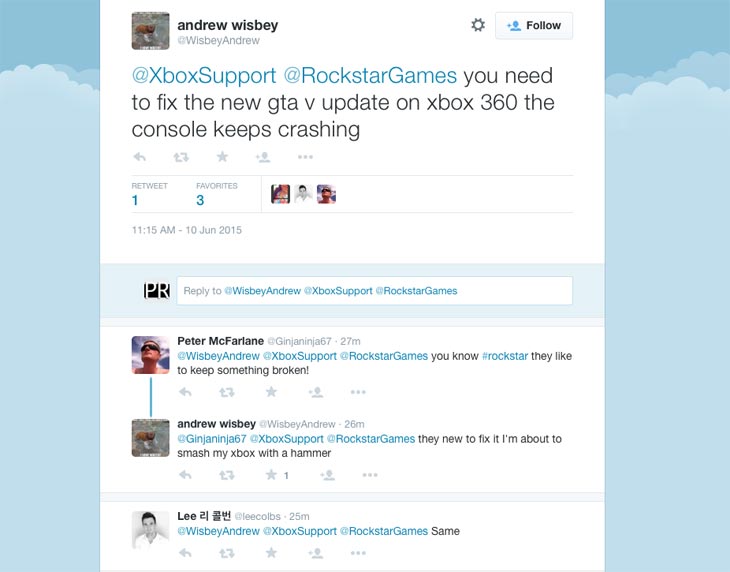 These people aren’t alone with many gamers contacting Rockstar Games directly on Twitter and asking them to fix the new GTA V update on Xbox 360. The main reason for this request is “crashing”, but the issues arrive in different situations and also include freezing.

The screenshots on this page confirm the above comments, but there’s many more and a quick search on Twitter for “GTA crashing Xbox 360” reveals many tweets in the last hour alone.

Are you having problems with the new GTA V update today on Xbox 360? If so, please leave details on when this takes place in the comments and also if you found a fix to these issues. We’ve reached out to Rockstar Games for comment, and also seen the ILL Gotten Gains download going really slow for some as well.