Rockstar are still keeping silent on the whereabouts of GTA Online Heists, which players are constantly begging for every minute, of every day.

While we hope that some GTA V Heists news is coming this week, we can bring you one teaser picture to remind you that when Heists arrives, a new helicopter is coming with it.

Most of you will probably know that a new chopper is coming, as Rockstar briefly teased it with their Heists trailer which now seems so long ago since it launched. 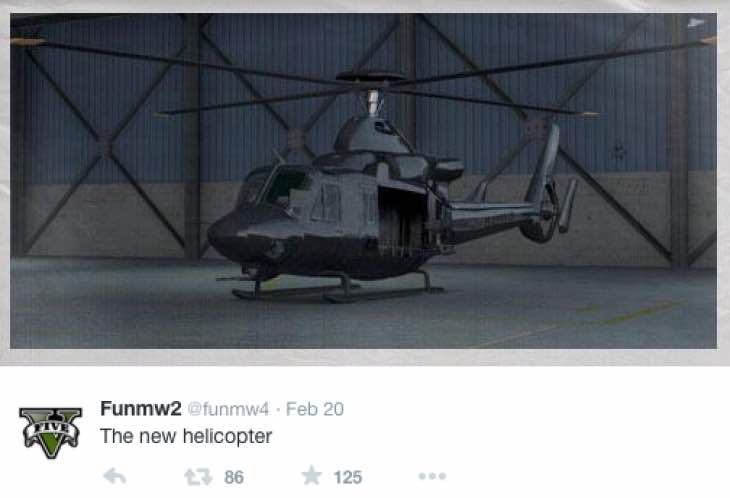 Within the last few days though, it appears that Rockstar are making the final adjustments to Heists and making sure that all of the new vehicles are ready to launch alongside the content.

Frequent GTA V leaker Funmw2 has provided an image which Rockstar has apparently been hosting on their cloud database for the game.

It shows the same helicopter from the trailer, but now with the assumption that it’s going to be called the Valkyrie in-game. Rockstar hasn’t released additional details yet, but it looks like it will have machine guns attached to either side – which sounds fun.

Is the Valkyrie going to be the perfect getaway method for players, or do Rockstar have other plans for its usage? Let’s hope that we get some information this week as most will agree that the wait has gone on long enough.