If you haven’t heard, there is a brand new GTA 5 update coming next week called the GTA Online ‘Executives and Other Criminals’ DLC update.

The release date for this free content is December 15, meaning that it is going live next Tuesday which is fantastic news for all fans since they finally have their GTA 5 Christmas 2015 DLC update confirmed from Rockstar.

What we wanted to discuss though, are the prices for the new GTA 5 DLC cars and the Yacht that are teased in the trailer.

Many of you are expecting this to be the most expensive content ever released, as just take a look at that stunning Yacht – you know that is going to cost a ton of money to put your name on it and claim as your own property.

All of the new GTA 5 Executive DLC cars look expensive too, so what should players be expected to pay? The general consensus is that the cars are going to cost around $800,000-900,000, so we hope you have some reserves saved.

Then again, that’s pocket money when it comes to the Yacht. One prediction video which we have added below suggests that the Yacht could cost from 50 to 100 million, which seems ridiculous but then again, some players have billions in their accounts and this is a luxury yacht we are talking about. 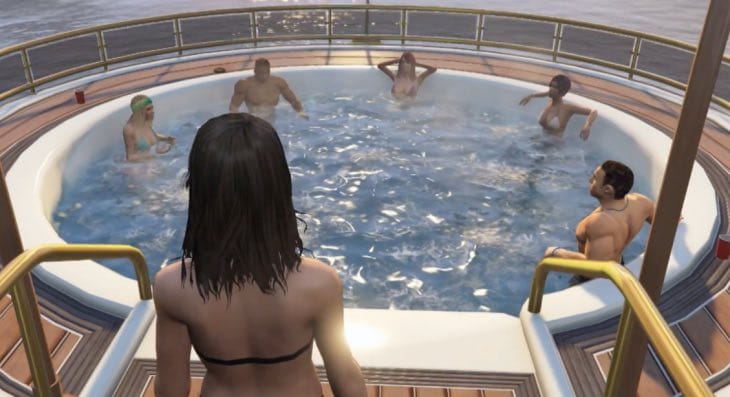 Without a doubt we are looking at the most expensive DLC item seen since launch in terms of in-game finances, so let’s start the predictions below.

Firstly, tell us how much you currently have in your account and your own personal opinion on the average price for the new DLC cars and the Yacht. See the trailer again below for a reminder of what is coming.

Update: DLC is now live! Confirmed Yacht price starts from 6 million, so hopefully you can all afford it. Details on the GTA 5 1.15 update / GTA Online 1.31 notes are here.