The new Gixxer 155 Suzuki bike has proved very popular since its launch last week, and one of the best things how its price in India is less than that of the Yamaha FZ 2.0. However, Suzuki has seen the success with many of the 150 commuter motorcycles, such as the Pulsar and Discover, and so are looking to release a Gixxer 155 commuter bike.

Suzuki understands just how successful it would be to get in on the commuter crowd market, and the best way to achieve this is by offering a cheaper variant of the Gixxer 155. This will be an easy process to do because all they have to do is remove some of the features of the current 155, which in turn will help to lower its price. 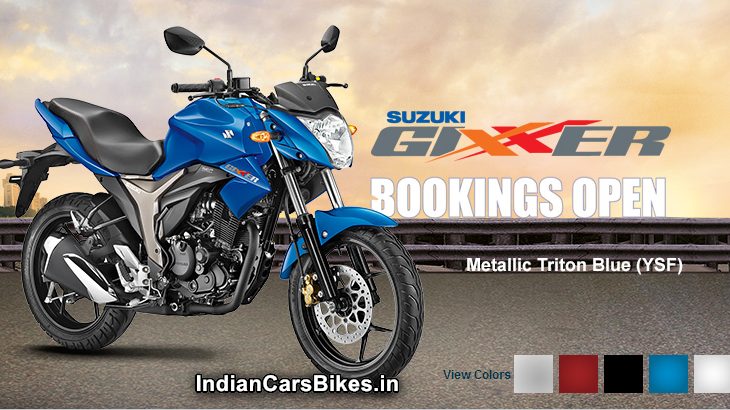 Indian Car Bikes suspects some of the features to be removed could be the silencer with twin exhausts, mono shock at the rear and also the digital meter console. In their place might be a regular silencer, dual shocks and a analogue meter console.

With these features removed the New Suzuki Gixxer 155 commuter bike price in India could be Rs. 55,000 and 65,000. If they get things right, then Suzuki would be able to control two ends of the market.

It will not just be the specs and price that will have to change, but also the styling, as it will have to be more commuter oriented, such as a more upright rising position. It will be interesting to see if Suzuki will be able to replicate its success in the scooter market, as they are not as widely known for their bikes in India.