We knew that a new Game of Thrones season would bring about other media to both profit and aid the launch of season 4, although when it comes to quiz questions they seem to be some of the favorite apps right before the new season releases. 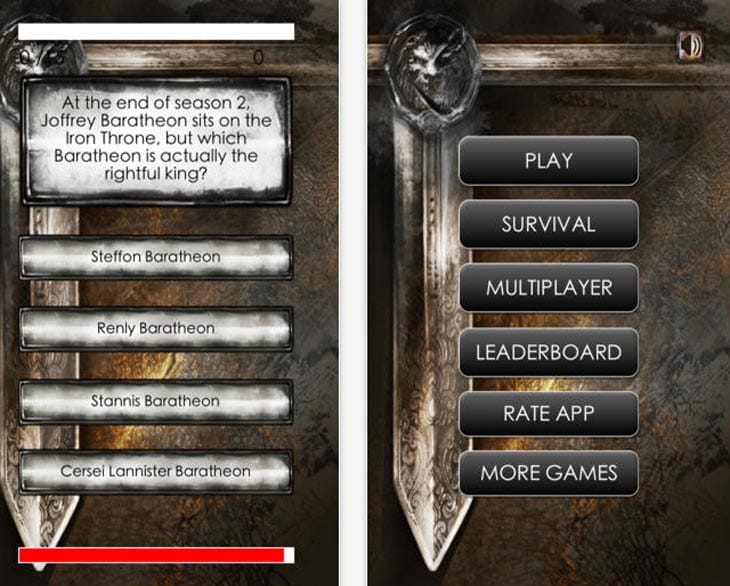 Within the last 24 hours a new iOS app called Ace Trivia for Game of Thrones launched, which challengers mobile users to prove their knowledge on “the greatest show on modern television”. You can download this free app for iPad, iPod touch, and iPhone right here.

How well do you know Game of Thrones? Will you be watching the new season 4 from this coming week?

Another new app can be found on iTunes here, which asks iOS users to “prove” they’re a GOT Fan. This app is named “Question County Trivia Quiz – Game of Thrones Edition”, so you might know some of the other versions of this app.

We’d love to hear from Product Reviews readers that took any of these quizzes, so share a comment below and let us know how easy you found the quiz questions and if you had any problems providing an answer. Feel free to leave tips for others in the comments.

If you are a massive fan of both the series and music, then you might want to watch a new YouTube video below this article that reveals members of the New York Philharmonic performing the opening music for Game of Thrones Season 4.