We have some interesting news to bring you now, as SEGA are teaming up with Game Freak on a mystery new game that could be releasing sometime this year.

Game Freak of course, is the developer that is synonymous with the Pokemon franchise but it’s worth remembering that they are still an independent studio and not attached to Nintendo permanently.

As a result, SEGA has sent out a teaser on Twitter about the collaboration although at this point, nobody seems to have figured out what kind of game could be on the way.

The image which you see here appears to show an elephant along with some peanuts and a grenade scattered on the floor. Our immediate assumptions on this were that it could be a throw back to Rolo to the Rescue, a Sega Megadrive game that launched back in 1992. 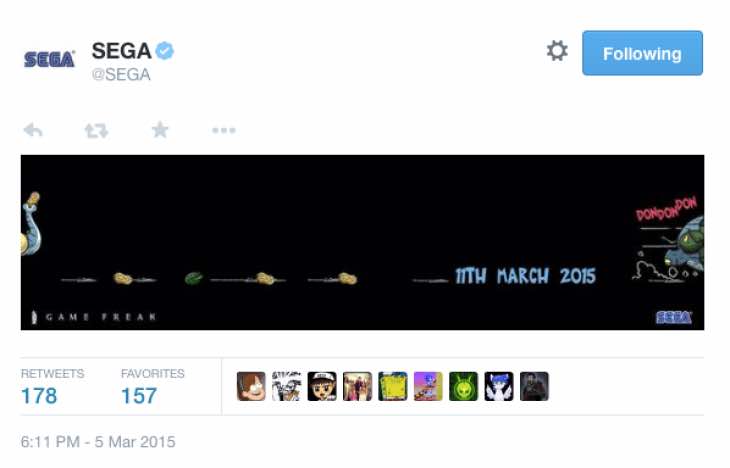 Then again, that’s a pretty big long shot and what would Game Freak be doing developing a sequel to that obscure title?

Either way, the tease states that all will be revealed on March 11. Is it going to be an original game from the two giants, or will it be a surprise sequel to an existing IP?

Let us know your ideas and theories based on the image and we’ll let you know when we have more information to share.