We already assumed that Samsung were to release new tablets in early 2015, and we are happy to see that they have. However, there are a couple of issues that you need to be aware of. First, they are not the new 2015 Note 10.1 or Pro 12.2 Edition models that we had been expecting, and also that the tablets released are currently for the Russian market at this time.

The new Samsung tablets in question are the Galaxy Tab A and Tab A Plus, which have an 8-inch and 9.7-inch display respectively, and both have an aspect ratio of 4:3. We do not have a specific release date, but we do know they will be a little later this year and will cost around â‚¬300 converted.

However, we still believe that these new Samsung Galaxy A tablets will be released to other markets, such as the UK, and the US, it’s just the news broke on the Hi-Tech Mail website first, and so more details should follow soon in terms of increased availability. 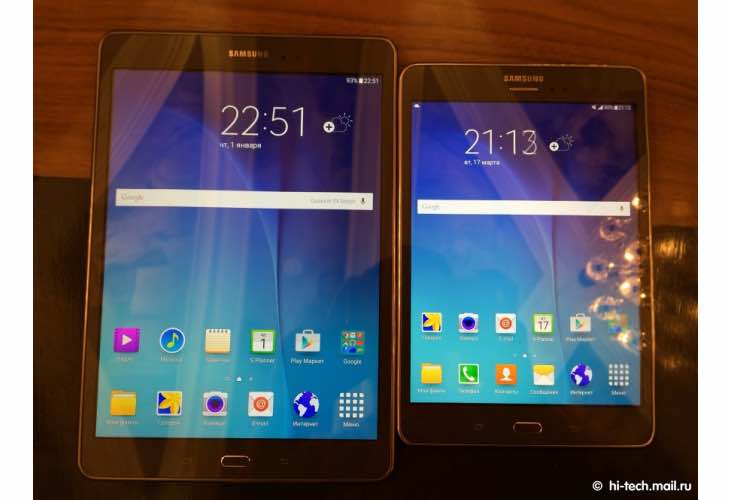 Galaxy Tab A and Tab A Plus specs — The specifications for both these models are pretty similar, apart from their screen size. What you get is a 1.2GHz Cortex-A53 processor, a 5-megapixel camera at the rear, and a 2-megapixel up front, a 4,200 mAh battery and 16GB of internal storage, although this can be increased to 128GB externally.

As for their design, they have a new look when compared to the Galaxy Tab 4 models, which is what we presume they will replace. You will notice that the rear of these tablets are made from metal, which helps to give it a more premium feel.

When do you think we are likely to see these new Galaxy tablets released outside of Russia?