Samsung are not deterred by Apple and the current lawsuit, which has seen the Korean company hand over a few of its products to a judge. They are now looking into releasing the Galaxy S III and a 4G Tab — we just wonder how they will package these devices? One thing is certain; this whole issue is a long way from over.

We have no idea as to what size Samsung’s new tablet will be or when it will be released, but we know that it will be sometime later this year. Maybe Samsung will make a few more decisions when they learn how popular the upcoming 10.1 version will be? The only downside is that the 4G version of the Galaxy Tab will not sell well in the UK, as carriers in that country are a long way off from offering 4G LTE.

As for the Galaxy S III, that handset is expected to land in the first part of 2012. Makes you wonder if they are waiting to see what Apple offer with their fifth-generation iPhone. Let’s hope that Apple does not go with the curved-glass design as the Nexus S, as things will truly come to a head with the two battling companies? 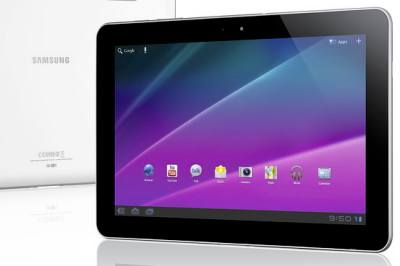 Over half Samsung phones this year were powered by Google, and both companies aim to increase on this partnership; abandoning Bada is certainly seen as a step in the right direction. WSJ points out that while Samsung are having great results with their smartphone sales, they do not expect this to happen in the tablet market, as they struggle to compete with rivals, such as Apple, Motorola etc.