Very little is known about the upcoming Galaxy Note 7, but we do know that Samsung is to unveil it tomorrow during their Unpacked event. We know that its design will have to change to make it more of an attractive purchase to that of the Galaxy S7, and also the hardware will need to be a big step up from the Note 5.

Even though not much is really known in terms of its design specs or features, some new Galaxy Note 7 details have come to light in regard to its S Pen – or more so its Air commands.

So what are these new Galaxy Note 7 S Pen capabilities that Samsung looks set to introduce for 2016? An Italian website has leaked what they say are three new Air Commands for the new S Pen that will a accompany the next Note, and these are Glance, Magnify and Translate. 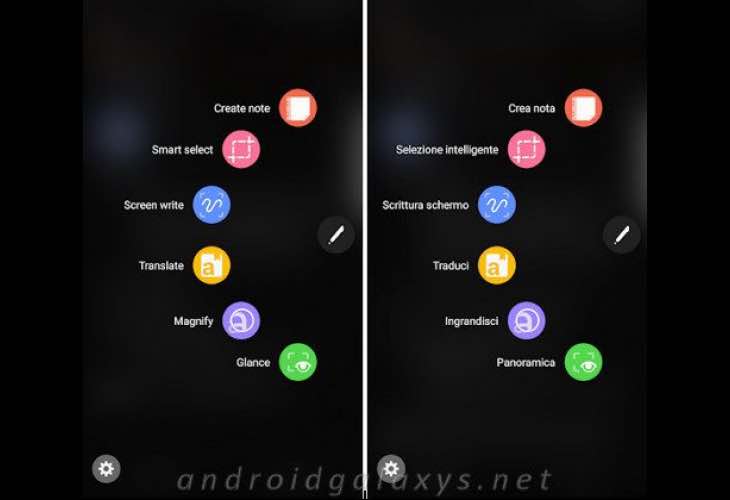 This feature offers you quick access to an app’s screen that you hover over, which is very similar to what you get on Windows desktop computers.

It’s not known what other S Pen features there will be for the Note 7, but Samsung are sure to share those details with us tomorrow during Unpacked 2016.