We’ve seen a number of Mustang’s go to auction and make a decent amount of money, but the most recent Ford Mustang sale has set a new record, as it sold for $1 million. This is no ordinary model though, as it was the same one used while filming Gone in 60 Seconds with Nicholas Cage.

The 1967 “Eleanor” Ford Mustang went to auction at the 26th Original Spring Classic Auction, which took place from May 14 — 19. 2013. However, this is not an original Shelby, but Eleanor Mustangs still had a huge following, and with the help of a Hollywood blockbuster it’s nice to see the car has not been forgotten. 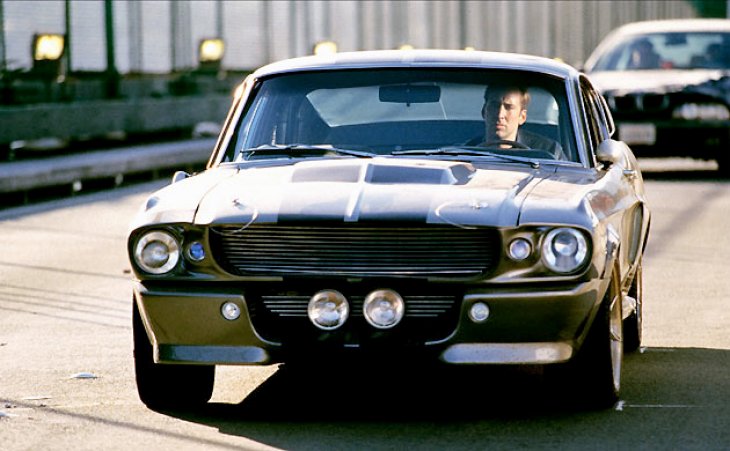 Another reason why this 1967 Mustang fastback was so special is because Chip Foose had a helping hand in its design, and it doesn’t take long to see his famous work. Let’s hope that whoever purchased this Mustang for a cool $1 million keeps a close eye on it and does not let anyone try to steal it, as they do in the movie.

So what made this 1967 “Eleanor” Ford Mustang tick? The engine used is a 351 Ford V-8, which is said to push out 400 horsepower. This might not sound like much by today’s standards, but the deep gurgling sound from that engine sounds so sweet. Having said that, it’s still more powerful than the current standard Mustang, although you cannot really call it standard.

To help get through the gears quickly is a manual transmission of the four-speed variety, and keeping you planted on the tarmac is a set of Goodyear F1 tires mounted on 17-inch rims. As with all vehicles used in movies that go to auction, a certification of the vehicle’s authenticity was also provided.

Thanks to Motor Authority.