Here at PR News we have been lucky enough to be sent images of Ford’s latest creation the “Focus ST”, and quite simply all we can say is WOW! Due to be unveiled at the Paris Motor Show this week, Ford’s next generation ST will sit alongside the newest Focus range. To make it stand out, Ford have opted for the 5-door model painted in Tangerine Scream.

Not that the 2012 hot hatch needs a bright colour to make it noticeable, what with the aggressive exterior styling. Pictures show that along with the deeper side skirts and large hatch spoiler, a redesigned front bumper holds an Aston Martin-style grille. Out the back a sculpted rear bumper encases dual centre-exit exhausts, with this and the in-your-face colour, you could never mistake this Focus ST to be anything other than a high performance hatch.

Talking of performance, as you may or may not know, the current Focus ST is powered by a 2.5-litre 222bhp five cylinder unit. However, in keeping the trend for downsizing, take for example our report on BMW’s new M5, Ford have dropped the capacity to 2.0-litres (harking back to the days of the Escort Cosworth). This four-cylinder Ecoboost turbocharged petrol engine, not only manages to be more efficient, but also produces an astonishing 246bhp. With the Focus being labelled as one of the best handling hatches you could buy when it was first released, we think it can be safe to say that the ST will be an exciting drive.

Unfortunately, the Focus ST will not hit our showrooms until 2012, but with these early sneak peak pictures and the Paris Show looming, our appetites have been well and truly whetted. As soon as we get any more information on Ford’s ST we will let you know, so watch this space.

Give us your opinions on the latest 2012 Ford Focus ST. 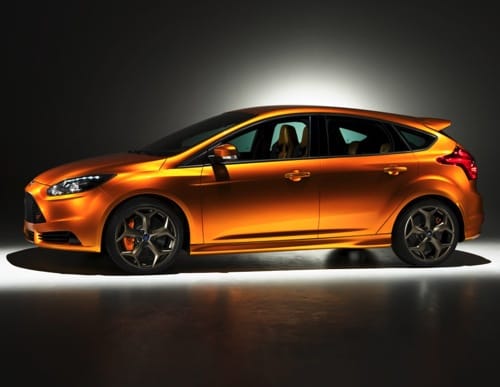 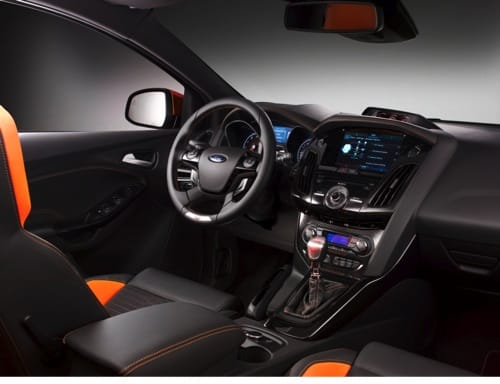