When it comes to a rival for the Ford Focus RS, the competition is close, but for most, Ford has got all the ingredients right. However, we are not certain how long that vehicle will hold its crown for, as Peugeot has announced details of a hybrid-electric 308 R hot hatch. 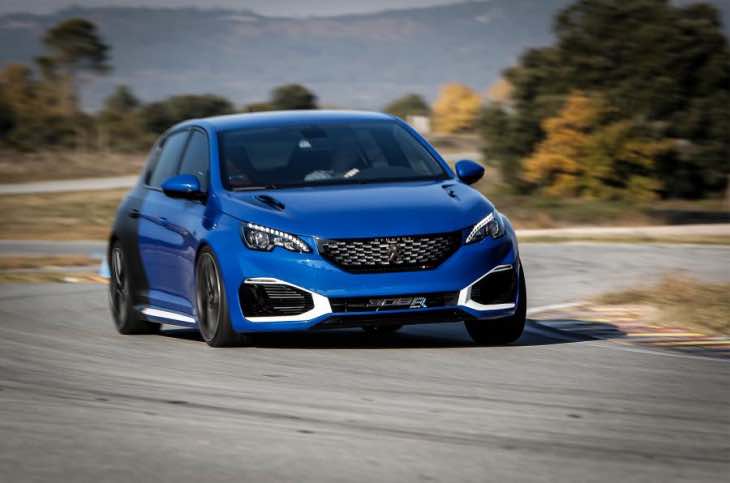 This combination of petrol and electric 308 will become Peugeot’s top performance model, and we do have to say, the spec sheet does sound rather impressive.

If you was one of those hoping for a hotter version than the 308 Got, then Autocar says that Peugeot has just answered your call. There are no details as to the planned production version, just details based on this concept model for the moment.

However, the numbers are impressive seeing as though the 308 R performance figures are based on concept model seen at Shanghai motor show last year. Those figures are a 0 to 62 mile per hour time of 4 seconds, which is a whole 2 seconds closer than the 308 GTi 270, and a little less than a second faster than the Ford Focus RS.

We presume that Peugeot might even be able to shave more time of that, although this comes down to how light they will be able to make the car, and also the fancy electronics to allow both the petrol engine and electric motors to work in complete harmony.