We finally got to see the new Ford Focus RS Turbo launch details, and what we are so impressed with are those performance figures, which is all thanks to that 2.3-liter EcoBoost turbo engine that produces 345bhp. What’s even better is the fact that the power is distributed to all four wheels and not just the front, eliminating torque steer.

It’s all very well seeing this on paper, but the real test comes when the Ford Focus RS Turbo 2016 is pitted against its competitors, which are all performance inspired? Even though we have already seen the car before, some important details were left out, such as its price, specs and its amazing drift mode, all of which you will be able to get up close and personal at Goodwood Festival of speed today.

The Ford Focus RS Turbo 2016 will cost less than £30,000, although its release date will not be until next year, so still a long time to wait, and so we hope to see some early test drive reviews before then. 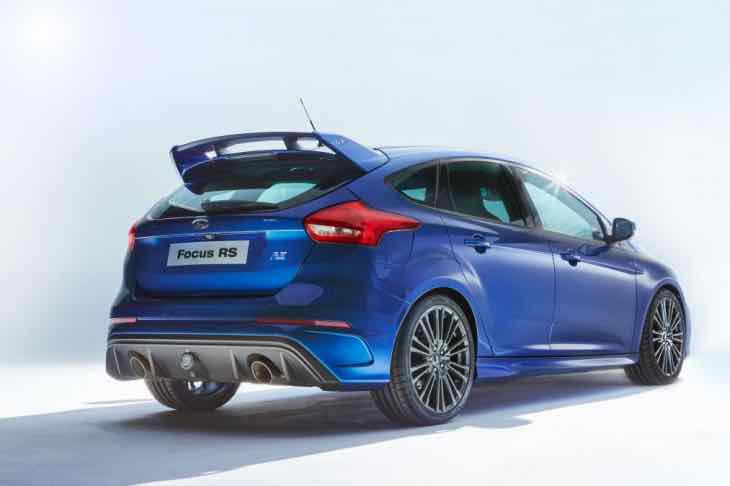 Even before the new Ford Focus RS Turbo is released next year there will be few models that will get the head start, and so Ford will have to come up with something special. They have not giving us the 0 to 60MPH times or top speed, but at least we have that power output, and it is certain to be faster than the 306 horsepower, 2.0-litre 4cyl, front-wheel drive Honda Civic Type-R.

Next is the Mercedes A 45 AMG with its 2.0-litre 4-cylinder engine with its four four-wheel drive system pushing out 355bhp. The Audi RS3 with its 2.5-litre 5cyl AWD system produces 362 horsepower. And, finally we have the Volkswagen Golf R 400 with its powerful 2.0-litre engine, which has 395 horsepower being delivered to all four wheels. We can tell you this car gets to 60 miles per hour in 3.9 seconds and has a top speed of 174MPH, and we highly doubt the new Focus RS Turbo will be able to compete with.