If you were hoping to see the Ford Bronco in 2017, then we know that is not going to be a possibility. However, at least it’s nice to know Ford have finally come to their senses and are going to bring the Bronco back. 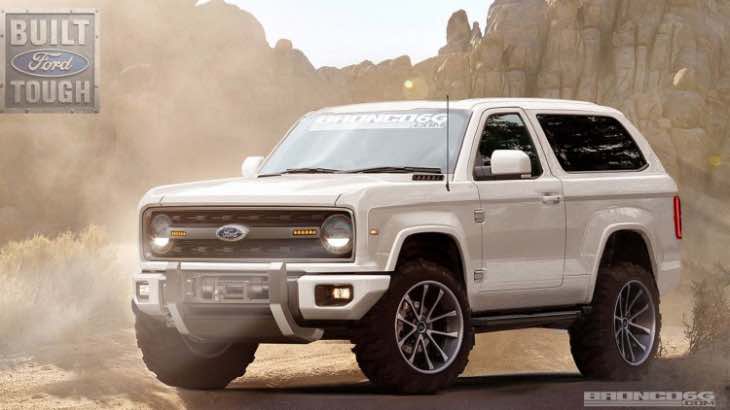 However, there is some concern in terms of the new Ford Bronco development process, as the plans suggest that the upcoming SUV will be developed in Australia, or more specially their Asia-Pacific Product Development Center. Do not worry though, as the vehicle will still be built in Michigan.

One of the reasons why we are a little concerned about this is the fact that previous vehicles designed in Australia for the US have not really sold too well. And before you ask, the images that you see here are renders from Bronco6g.com, and so we can only hope the all-new Bronco will look anything remotely like you see in the images.

The next generation Bronco will not be released until at least 2020, and so a lot can change, although we do expect Ford to use four-cylinder and five-cylinder diesels, although a gasoline V6 looks set to be the staple version in the US.