Last month we reported on the fact that users were experiencing initial Windows 10 problems with the start menu not working and also the Cortana assistant not working with Windows 10 correctly.

Now, a few weeks on we can still see regular complaints coming in to do with the same issue. Fortunately we have located a new ‘fix’ for the Windows 10 start menu problems in September, posted by a Microsoft Engineer just a few days ago.

If you are still having issues with this, you may want to try this new method that we have found. As of September 7, 2015 this is what Microsoft advises you to do: 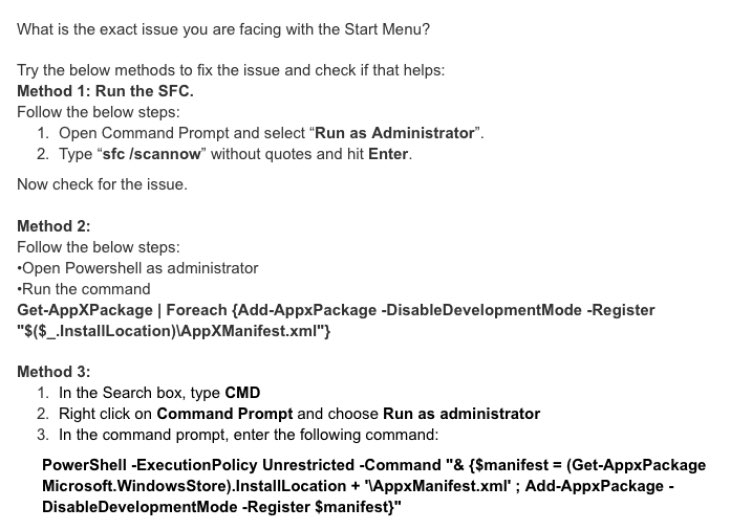 We can’t promise it will solve your problems, but it is definitely worth trying out if you have been frustrated over the last few weeks due to Microsoft’s apparent silence on an issue that is affecting a lot of people at the moment. 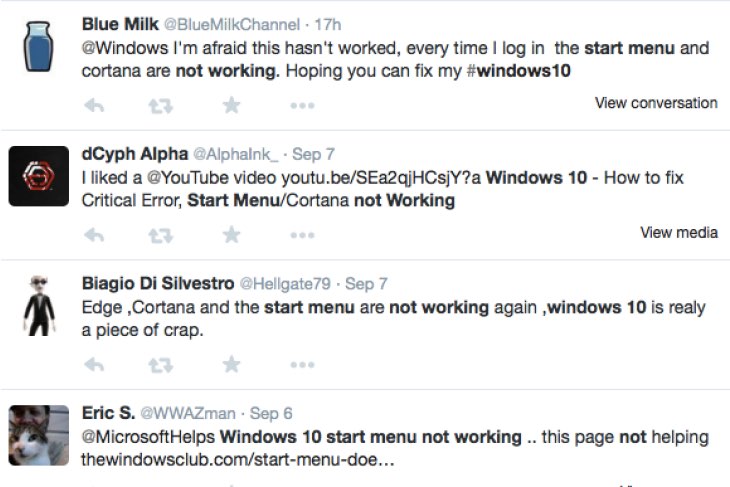 We’ve included some feedback from Twitter this week, showing that other Windows 10 users are still frustrated with the same problems as we move into September 2015.

Let us know if you have tried the new method above and if it solved your problems for you.