Judging by the information we’ve already heard such as the official roster — which as previously mentioned includes Ricky Hatton, Lennox Lewis, Mike Tyson, Manny Pacquiao and Muhammad Ali — and the playable demo, Fight Night Champion is shaping up to be a pretty amazing game.

It looks as though EA Sports is not satisfied with the amount of details that they’ve already released as according to Mike Jackson at computerandvideogames.com, they’ve now decided to release a brand new trailer that explains the game’s new ‘Online Gyms’ mode.

As you can view in the video below, the new developer diary explains a little more about the new ‘Online Gyms’ feature. The new mode enables players to create their very own online boxer and gym (or maybe join another players’ gym), and compete in online boxing tournaments. 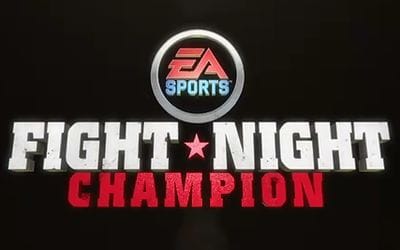 According to Jason Weissman over on the gamerant.com website, Mike Mahar — the Fight Night Champion game’s producer — explains that if players get tired of competing against their friends, their gym roster can go head-to-head with other online gyms in Rival Matches instead.

Winning these types of events or regular online fights will earn you more XP, which enables you to increase your boxer’s attributes. Fight Night Champion will be launching on March 1st / March 4th, and will be available for the PlayStation 3 and Xbox 360.