We have some surprise news to bring you this week, with EA announcing that they have added a batch of new players to the FIFA 17 Ultimate Team database.

With the season almost over, this is very surprising in our opinion but a good surprise as it shows that EA is still working to add to the game to make fans happy.

Some of the players that have been added to the game include Ryan Babel, Emmanuel Adebayor, Demba Ba, Bendtner, Assaidi and Flamini who was once of Arsenal and Barcelona. 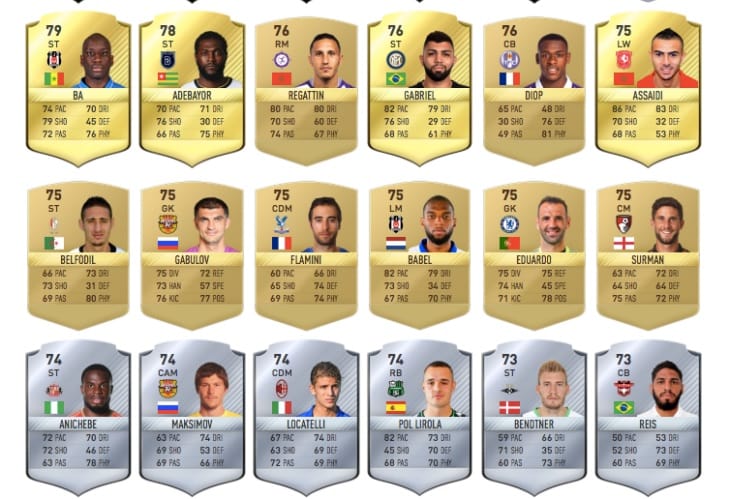 You can check out the full list here over at FUTHead. All of the players should now be available in packs and we have a feeling that the cost will be raised slightly since they have just been added – in other words, a good time to resell first to make a profit.

Has EA added the player that you wanted to see or is there still someone missing? Let us know who you need to see in the game and also added to FIFA 18 by the time the new game is ready later this year.