Attention all FIFA fans now, as we have a reminder for you that we are just hours away from EA unveiling the first FIFA 16 gameplay, to coincide with E3 2015 kicking off this week.

The last time we heard about the game, EA unveiled that for the first time in the series FIFA 16 would feature women’s teams. Now though, it is back to business and hopefully we are going to get the first look at FIFA 16 gameplay in realtime running on PS4 or Xbox One.

That’s what fans want to see and it’s great to see EA giving fans a teaser before E3 2015 kicks off on June 15. As you can see from EA’s Tweet, the first gameplay for FIFA 15 will be going live at 9pm UK time on Monday evening, or in the afternoon at 1pm Pacific Time or 4pm Eastern Time. 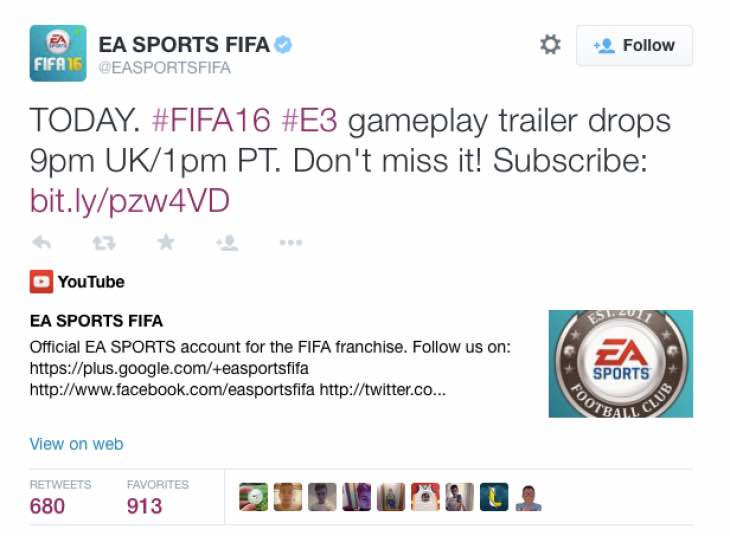 We don’t know what the gameplay will involve, but it is bound to include Lionel Messi in some shape or form since he’s the cover star.

Don’t forget that Konami has just unveiled the PES 2016 trailer with Neymar, so if you like this will be EA’s response to that.

There’s not long to go until the gameplay goes live. Once we have the video we will add it below for you – in the meantime give us your expectations for the game this year.